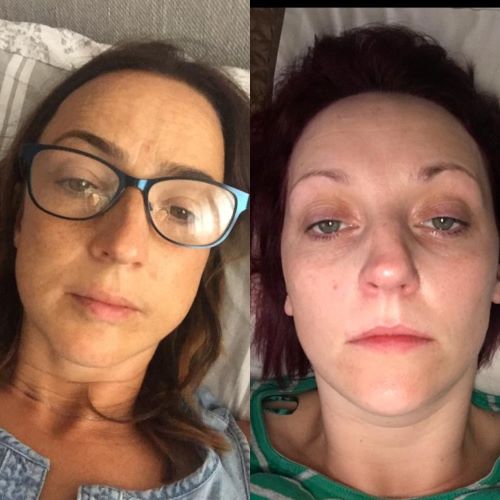 Alex, “I feel so ill and I have been sick so many times this morning”. Lisa, “OMG me too. What happened?” Alex, “You did this and I did that”. Lisa, “oh no, I kind of remember. I feel like I have done something really bad, I feel guilty and I don’t know why”. Alex, “Ah don’t worry about it, you didn’t do anything, we are paying for it now anyway, you weren’t that bad, was I bad?” Lisa, “No, you were funny”, Alex “Oh good, that’s OK then” Lisa, “Are you sure I didn’t do anything wrong Alex?, I have such a bad feeling” Alex, “Don’t be stupid, it’s just because you got home later than we said we would, stuff what anyone thinks Lisa, it’s not our fault if they don’t know how to enjoy themselves is it?” Lisa, “No, you’re right, stuff them!” Then the laughter, and the complaints of sore heads and tiredness. Alex “I feel sick again, are you not hungover?” Lisa, “No, I’m not that bad to be honest, I’m just tired. I will need to have hair of the dog at some point though”, Alex “Oh no, I can’t think of anything worse. Can’t believe I am in the bad books, I know I came in and was a bit ridiculous and I wanted to dance in the front room but get a grip, it’s just a laugh”. Lisa, “yeah they need to get over it now”. 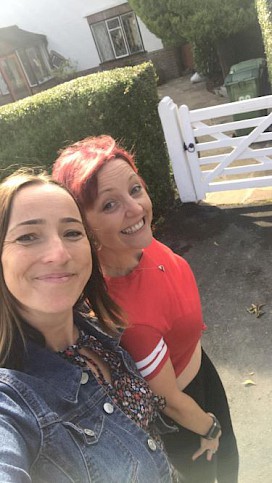 And so, the cycle would continue. Whether together or apart we would complain, continue to do damage to our relationships and excuse each other. Like facilitators and enablers! And we couldn’t see the reality. Lisa lived her hangovers in a permanent state of anxiety and self-loathing and Alex would spend the day throwing up and crying about how she wasn’t free to do whatever she wanted. The tiredness was due to the constantly interrupted sleep patterns of a heavy binge drinker. Truth is, neither of us felt good about our situation and neither of us was true to herself. Until the final hangover(s).

Lisa went first, “Alex, I look and feel awful, I am stopping drinking”, then over a year later Alex “Lisa, I look and feel disgusting, I am also stopping drinking”. We sent photos to each other on the day of the last hangover(s) and Alex recorded a ‘Reminder Video’. We both committed (separately) to 100-days of sobriety and decided our experiment would become permanent.

Now our morning after the night before is often spent together on an early morning walk or drinking coffee in one or the other’s garden. Life couldn’t be better and it all began with a ‘Sober Experiment’ and a final hangover.