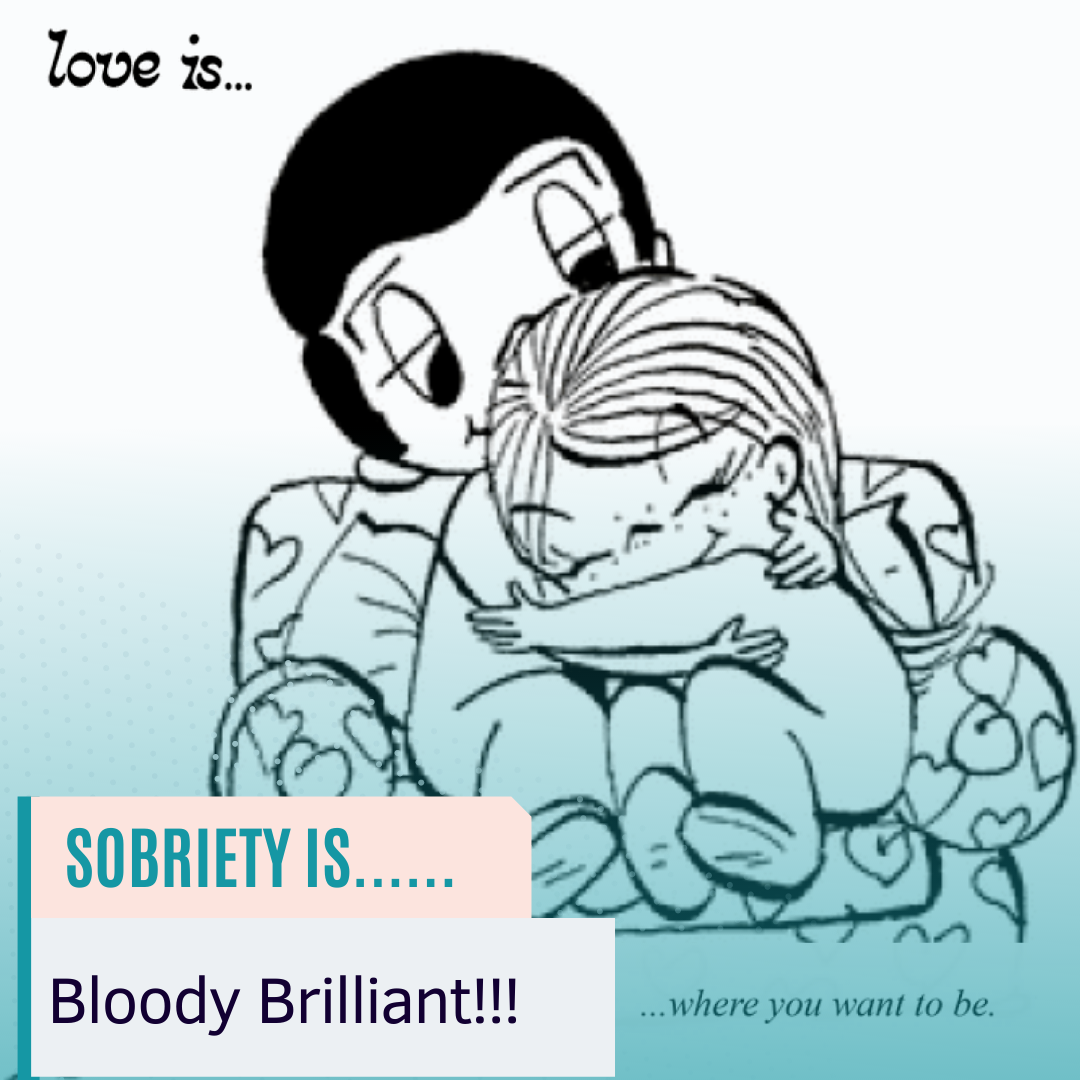 Can you remember a little comic strip called Love Is…? Two naked little characters who extolled the virtues of love, with classics like

“love is…someone who is there to help pick up the pieces” and “love is… a necessity not a luxury”.

I used to think they were brilliant!

Going back and looking at those two little dudes, with their cheerful little faces, got me thinking about what sobriety is.

Long before I knew I was in a fatal relationship with alcohol, sobriety to me meant boring. Anyone who was teetotal was pitied. Surely, they must be ill? As a full-on pint swilling 80’s ladette, anyone who couldn’t take their drink was mocked. Being able to hold your own and drink the lads under the table was a badge of honour. Nope, sobriety was for boring folk who didn’t know how to have fun. It was not part of my work hard, play hard state of mind.

As time moved on, and I became aware that my binge drinking ways had not changed in the same way as they had for others, sobriety became scary. Sure, I would be embarrassed that yet again I was the one who fell asleep in the club, or the one who was poured out of the taxi at the end of night, however the embarrassment never won out over the fear of not drinking. Every pledge to never drink again soon forgotten after an alka seltzer and a cooked breakfast. How could I not drink? Hell, it was a huge part of me. The thought of going out in public without a glass in one hand and a cigarette in the other scared the life out of me. Who would I be without it? I could live with the occasional embarrassing binge. It was less scary than facing the truth.

And then the day came, when putting the drink down became my only option. Sobriety had become a necessity. The years of binge drinking had turned into years of daily top up drinking. The pints of beer had been traded in for coffee mugs half full of vodka and topped up with wine. The heady party days were long gone. The sitting in a dark room on my own, hiding myself from the world and the empty bottles from myself had become my new way of life. If I wanted to live my only choice was to give up the booze. The truth had come and kicked me up the backside.

So, I plodded on, with my new meaning of sobriety. A necessity. Still boring at times and yes, the thought of never drinking again still scared me. Something deep inside of me still felt I wasn’t complete without a glass in one hand and a cigarette in the other. Every time I felt physically better, and my head had stopped spinning at 1100, the necessity disappeared. The misery of being in a drunken stupor and unable to stop the roundabout long forgotten. The need to keep the plug in the jug gone. The need to drown my emotions heightened. The fear of drinking loosing out to the fear of never drinking again. Somehow this was darker than when I knew no different. A belly full of booze and a head full of sobriety tools do not mix. Necessity was not a good way for me.

That was until I made a phone call… I needed to find a different definition, and I am finding it through sober coaching. I’m not sure I can describe what has happened. I started my first session with a full coat of armour on, desperate to try anything, only too afraid to show my true colours. After each session I leave and do my homework, I guess this is what folk mean by doing the work. After each session I notice a layer of my armour has gone, and my understanding of sobriety changing.

The meaning of sobriety isn’t boring or scary or necessary. For me being sober is not about the drink I choose to put in my glass, it’s about preferring sparkling water. It’s not about the fear of not being me, it’s about the anticipation of finding out who I am. The strange belief that I have no emotions has gone, I feel and cry and laugh like I’ve never done before. I have found an inner strength to start processing age old grief and anger and come out the other side feeling forgiveness and peace. And most of all I have become naked. I have been shown the damage that keeping it all in can do. I am experiencing the healing that takes place when you allow yourself to feel and share those feelings with another. Long gone is my old attitude of vulnerability being a weakness.

So just like those little love is… dudes, I’m embracing my new naked vulnerable self and…

If you are looking for friendship, support and a community that focuses on well-being and fun without booze - Bee Sober is the place for you.

Sobriety can be full of unexpected challenges and difficulties, but with the help of our support group, nobody has to go at it alone.

Lisa and Alex started Bee Sober with a vision to connect people living a sober or sober curious lifestyle to help them feel less alone and show them that you can still have fun without alcohol. Bee Sober is so much more than just ditching the booze or your average sober community, it's a lifestyle choice and we pride ourselves in the safe space we have created for our members. 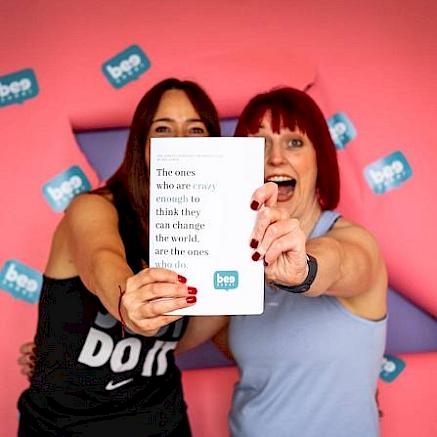